The Shipping Fuel Issues Of Today And Tomorrow

As time goes by, the need to have clean, renewable sources of energy increases. It’s only natural, as history has shown, that certain sources of energy dwindle in reserve, popularity, and safety – causing society at large to scramble towards better solutions. 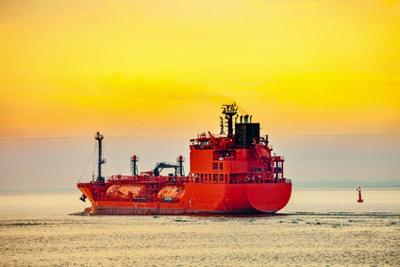 Sometimes, these solutions are right under our noses, ready to be utilized. Today, we’re going to look at some of the most innovative marine fuel propulsion sources around, making a special emphasis on liquefied natural gas (LNG), and other salutary elucidations.

Part of the reason why new fuel solutions must be researched and taken into consideration is because of a decision made by the International Maritime Organization (IMO). The IMO has issued a sulfur cap that aims to reduce the overall percentage of sulfur-producing marine fuel oils from 3.5% down to 0.5% by the year 2020. This means that specialists have roughly two years to find viable solutions that will help “water down” the sulfuric presence in gasoline, diesel, and other marine fuel sources. This article will help illustrate what some of the current marine fuel trends are, as well as look into some prospective propulsion technologies and fueling systems that are on the rise.

Conventional Propulsion Fuel Options: What Do They Bring To The Table?

Shipping fuel sources can be renewable and non-renewable, conventional, or otherwise. These options are sometimes familiar and sometimes quite alien to both common folk and specialists alike. Let’s take a look at some of the most utilized wellsprings, as well as some potentially viable fueling solutions that are on the rise in an effort to show the depth of the market, and how some technologies could be used quite efficiently in the future.

Liquefied natural gas (LNG) is one of the cleanest, safest forms of fuel propulsion out there today. As society has been using natural gas in one way to generate power to heat houses, it has since been discovered that this natural form of methane/ethane can undergo a liquefaction process so it can be transported in a non-pressurized state and then later used as a fuel source.

LNG energy has several benefits in that it costs a lot less to transport as opposed to diesel or other fuel sources. By comparison, compressed natural gas (CNG) has less of a volumetric density output than does LNG. Since LNG yields 2.4 times the amount of energy than CNG, it can be transported in a much greater capacity and in places where standard natural gas pipelines do not exist. It of course should be noted that there are minor issues with LNG as it is still a solution in its infancy. One of the biggest setbacks of LNG is that sometimes methane slippage occurs whereby dangerous methane gases are leaked into the atmosphere, damaging our ecosystem. Also, there is an international lack of bunkering or storage facilities that can adequately safeguard this wellspring, which means that the future of LNG could be bright indeed, as these minor setbacks are capable of being corrected.

While using heavy fuel oils like diesel for propulsion is not new by any means, diesel fuel is considerably less expensive than standard gasoline, which makes it a market favourite for delivery and shipping industries. Sure, this type of heavy fuel burns at a rate that produces more SOx than most other conventional types of fuel, but it costs significantly less to use than other forms of fuel which sets diesel fuel as one of the shipping industry standards, plain and simple.

Biofuels are great because they epitomize what recycling is all about. Biofuels can refer to a number of different fueling mixtures that can be used for propulsion. Ethanol is one of the most common forms of biofuels known to common folk; after all, it’s what makes alcohol. However, what people have learned is that ethanol ended up being a very costly and wasteful solution as a fuel source. Since the ethanol craze of the early 2000’s went downhill, biofuels now encompass a wide range of vegetable oils, seeds, and animal fats known as Fatty Acid Methyl Esters (FAME) that are reacted with an alcohol source such as methanol to produce a usable source of fuel.

Like hybrid-electric consumer vehicles, biofuels work best when mixed with a preexisting source of fuel to help dilute it. This form of diluting fuel can be found in bioethanol and biodiesel – two hybrid fuel sources that are leading the market. The future of biofuel seems bright as specialists are beginning to grasp how living systems with cells, genes, and proteins that grow and replicate can be harnessed for propulsion purposes. Biofuels seem quite logical to use as a fuel source because they encompass living organisms that grow and for that matter – propel! However, it should be noted that biofuel research is still in its infancy as little work has been done in terms of finding safe storage and production spaces, while learning about more efficient conversion processes remains a difficulty as well.

Some advantages that gas turbines have is that they emit low NOx and SOx emissions due to the high grade of fuel being burnt. These gas powered turbines are also lightweight, easily locatable, and can be worked on and replaced with relative ease.

Other Propulsion Fuel Options: What Do They Bring To The Table?

One of the most beneficial aspects of nuclear energy is that it is powerful. While this force is often harnessed for good – dangerous spills, meltdowns, and explosions are all too familiar when it comes to this particular energy source’s rap sheet. Notwithstanding, nuclear generated power could be of great use to propel merchant ships for several reasons. One of the most obvious reasons why nuclear powered ships could be worthwhile is because of low operational costs. The ship’s fuel is initially paid for by the nuclear reactor, meaning that the price of fuel does not and cannot fluctuate. What’s more is that the model used in nuclear power plant design can be adopted for propulsion use aboard ships as well. When it comes to nuclear propulsion, most of the work or research is done or spoken for, meaning that valuable time and effort can be used elsewhere to ensure stability in the reactor cores etc. However, due to the highly unstable nature of uranium and nuclear power, making nuclear propulsion a market trend will require a complete overhauling of marine ships along with rigorous regulation procedures that could cause many international shipping agencies to think otherwise. Also, there is a shortage of specialists who know a thing or two about nuclear propulsion, which means that the market for this type of fuel will likely be localized or difficult to tap into.

Whether it’s the nickel-cadmium or zinc-carbon dry cell battery, both of these energy sources have shown great resilience over the past 150 years, and have changed very little since then! Batteries are a great solution to the sulfur-based ship-fueling crisis, as they emit virtually no form of CO2, NOx, or SOx emissions while in operation. These batteries can also be fitted especially well on small to medium sized ships, and can be used in harmony with other modes of propulsion creating new and innovative hybrid options for ships of the smaller calibre. Unfortunately, batteries simply do not last as long as a barrel of diesel, and therefore can only be used to propel small ships that travel short distances.

Anhydrous ammonia is a very dangerous and poisonous gas that has the potential to be burnt in both gas turbines and diesel engines. This gas can be liquefied and then transported in pressurized or cryogenically unpressurized tanks in great commodities. Since anhydrous ammonia’s liquefaction process yields so much, this fuel source can be shipped in bulk, which can help thwart large shipping costs indefinitely. Also, there are no sulfuric emissions when this type of fuel is being burnt. One of the downsides to anhydrous ammonia is that it is a dangerous gas; this means that new procedures will have to be implemented when it comes to handling this chemical properly and safely. What’s more, as anhydrous ammonia is essentially synthesized or created from natural gas, it means that anhydrous ammonia will always be infinitely more expensive than LNG fuel.

LNG Of Today And Tomorrow

As we’ve seen in this article, there are many conventional and probable fuel options out there that shipping companies can adopt to help meet the demands of the sulfur cap issued by the IMO for the year 2020. Some of these options could bring major cost benefits, while others prove to be stalwarts in the field of renewability and longevity. One of these stalwarts is of course LNG. Liquefied natural gas has so many positive attributes that tend to outweigh the negative ones. LNG is inexpensive due to the fact that, once liquefied, can be stored at immense volumes that surpass any heavy fuel reserve on existing marine ships. This speaks volumes for massive international shipping vessels that travel great distances. Another great benefit of LNG is that it reduces several nasty emissions that contribute to the whole IMO issued sulfur cap in the first place. As one of the main ingredients of LNG in CH4, when used as a fuel, reduces CO2 emissions by about 25%! What’s more is that sulfur is completely non-existent in LNG in its liquefied state. This means that zero S0x emissions are made, which puts LNG as a formidable choice come 2020.

Another great potential benefit of LNG is that it can help reduce natural gas pipelines across the globe. This certainly does not oust natural gas pipelines indefinitely. However, if this particular gas can be liquefied to serve other uses, it can certainly help reduce the need to transport natural gas via pipeline. LNG is actually quite inviting as well. It’s inviting in that current ships, hulls, and plants can be outfitted to house LNG to be used as a fuel source. As many current heavy fuels are liquid, the structure to accommodate liquid-based fuels is already present – only minor adjustments would be needed to implement LNG integration into existing reserves and engines. To boot, when LNG evaporates, the evaporation can be harnessed and used as a coolant to generate things like air conditioning systems in large cruise ships. If and when cruise ships are being propelled by LNG fuel systems alone, then steps to integrate as much of the energy retained from the liquefied gas will naturally reveal itself. A cooling system is just one potential finding.

In conclusion, there are several different types of acceptable alternative fuels that can be used for shipping purposes, the choice all depends on a number of particular variables. These variables are not always conducive to the same cause. However, if one takes into account the impending sulfur tax on heavy fuels, one of the easiest, safest, affordable, and environmentally friendly solutions would be to use liquid natural gas.