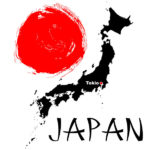 In a statement from NYK they have announced that they have placed an order for the world’s largest pure car truck carrier (PCTC) to be solely powered by LNG. The ship is scheduled for delivery next year and will be able to transport around 7000 units per voyage, and will be built in Japan. The
Read More
The Rise of Liquefied Natural Gas as a Shipping Fuel In recent years, there has been a push to stop using Heavy Fuel Oil in the shipping industry. This is driven by a number of factors such as the increasing affordability of Liquefied Natural Gas (LNG), the desire to move away from more dangerous fuels,
Read More 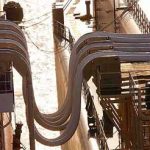 Over the years, LNG has been gaining acceptance across the maritime industry. While it is not yet the standard bunker fuel, it is making fast steps towards becoming the industry standard. A significant number of vessels are LNG-fuelled today. In the same line, IMO regulations regarding acceptable emissions levels are pushing many maritime companies to
Read More 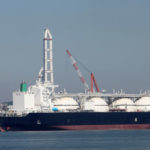 With the increased demand for cleaner sources of energy, liquefied natural gas is fast replacing gasoline and diesel throughout the transportation industry and beyond. The ability to harvest a low-cost and low-emission fuel will play a significant role in meeting the current world’s energy needs and requirements. Currently, most
Read More
The requirements for LNG shipping look set to grow as the global natural gas markets are being reshaped as more existing and emerging markets look at increasing imports of LNG. With many countries looking to diversify energy dependency on Russian gas exports, Europe is looking to the US to increase its imports of LNG. Poland
Read More
The LNG market place has increased significantly over the last few years Strong LNG demand has seen rises in the shipping rates of LNG across the world and with global demand for LNG forecast to increase by a factor of 50% by 2020. LNG as a fuel for shipping offers huge advantages over conventional oil-based
Read More
Asia is seeing rapid growth with expanding population and urbanisation and increasing standards of living. LNG is becoming the fuel of choice in this area, with both land based import terminals and floating storage and regasification units (FSRUs) becoming increasingly popular. Coal still remains a popular option in terms of cost, however with the lower
Read More
The Shipping Fuel Issues Of Today And Tomorrow As time goes by, the need to have clean, renewable sources of energy increases. It’s only natural, as history has shown, that certain sources of energy dwindle in reserve, popularity, and safety – causing society at large to scramble towards better solutions. Sometimes, these solutions are right
Read More
The LNG market has gone through significant changes over the last decade and will almost certainly see further changes as use of this fuel diversifies into other markets. Experts expect the production of LNG to increase by 10 % year on year until at least 2020. The current market supply is still over the current
Read More
Is LNG Safe for Fuel? Historically, liquefied natural gas is considered safe and non-toxic. There are a few safety concerns though when it comes to the subject. Many times, the negatives tend to confuse the realities, and people tend to have a misconception about LNG safety subject. This article separates safety facts from concerns. LNG
Read More
We use cookies to ensure that we give you the best experience on our website. If you continue to use this site we will assume that you are happy with it.OkPrivacy policy